The United Kingdom is one of the world’s most powerful and well-known countries. It used to be a very vast Empire, owning more land than entire continents, and during those times, every country used to submit to the will of Great Britain. It is a very historic country, with many mind-blowing facts.

1. The United Kingdom has just over 67 million people.

4. The largest city in the UK is London, the capital city.

6. English is spoken in over 67 countries, regions and territories.

10. Charles III is the head of State and is the son of the late former Queen Elizabeth II.

11. The British Empire is no more, but Queen Elizabeth II is still Queen (head of State) of more than 50 countries worldwide. All these countries are former colonies, territories, and dominions of the British Empire… one of the greatest empires in the history of the world.

13. The Empire is no more, and they are no longer a superpower. However, the United Kingdom is still very powerful, reflected in its currency, the “Pound Sterling” (GBP). So it still has a lot of influence.

16. The late Queen, Elizabeth II, travelled to over 100 countries without a passport.

20. The United Kingdom is the second most ethnically diverse country in the world, behind the United States. Therefore, it attracts many people from all over the world who want to live there.

23. Depression and loneliness kill more men under 50 years old than cancer, driving or anything else in the United Kingdom and worldwide.

24. Britain has the highest number of people with obesity globally at about 25%, not America like most people think.

25. The name Mary is prevalent among women. 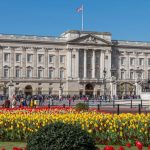